White Flag was Dido's much anticipated release after the success of the last album No Angel which sold around 20 million copies worldwide. She released this single in September 2003 and climbed to number 2 in the UK and was certified gold. In America it reached number 18 and went gold there too. White Flag is about a person in a broken relationship who claims she is over the relationship but really deep down hasn't got over it. It was based on a relationship Dido had and caused a few problems after the song was released. The album Life For Rent was released a few weeks after the single came out and hit the number 1 spot and has sold just under 3 million copies in the UK. In total four singles were released off the single making it one of the most well known of Dido's albums. 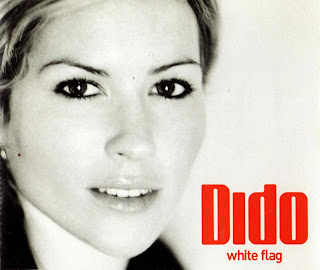 This is my latest purchase. I first read about this release back in June and pre ordered it and it seemed ages away before it was released. All of a sudden Friday 21st of August came and this box set dropped on the mat! It is a box set compiled of singles, album tracks alternative mixes and the odd unreleased track with a few live faves added for a complete mix.

It is quite a good compilation with his most famous stuff being on the first two discs with the lesser known single and album tracks on the last two discs. The last two discs may be made of less familiar stuff to the occasional Paul Young fan but they are still pretty good songs. The first 500 ordered off the Sony site were autographed by the man himself! 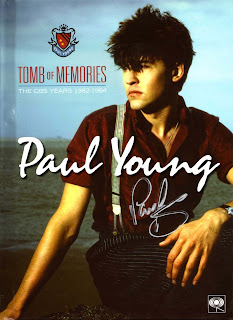 Barry White - You're The First. The Last, My Everything

Released in the winter of 1974, this classic soul record was massive in the UK charts. Barry was just having solo success after the hits he produced with the Love Unlimited Orchestra. The song original was based on a previously unheard country track by Peter Radcliffe. Barry changed the lyrics and the title, set it to a disco beat and classic single is made.

The single got to number 2 in America and did better here in the UK and got to number 1 for 2 weeks just before Christmas 1974, which Mud's Lonely This Christmas knocked it off the top for the converted Christmas number 1. 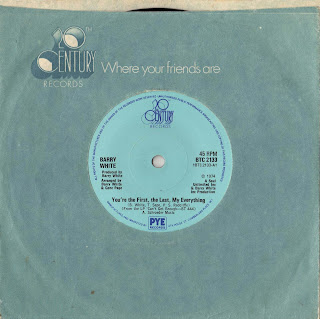 Don't forget the songs are on my Spotify page My World Of Music. Here is the link

This is a special post for me. Last week (July 29th) I turned 50! Yep, half century has landed and I'm just the same old me as usual, don't think that will ever change! This single by The Byrds was number one here in the UK the week I was born. This single originally written by Bob Dylan and came off his Another Side Of Bob Dylan album. Originally Bob's version ran for about 5 minutes, but to enable the band to receive radio play in America, they recorded the song to run for about two and a half minutes. This worked as the song reached number one in America and the UK in July 1965, not bad for a debut single!

The song, with it's 12 string Rickenbacker jangly guitar song played by Jim McGuinn was the only member of the band to play on the single after the producer thought the band weren't up to playing on the song at that point. They all sang on the single and later recordings featured all the members of the band. They say the sound of The Byrds is the sound which defined Folk Rock, with that signature jangly guitar sound.

To me when I hear this song, it sends me back to being a 7 year old child going to my friend Amanda's house and her Mum playing this single quite a lot of times. I just fell for those jangly 12 string guitar sounds which I still love hearing today. This is a real classic single which defined the times, a real pocket of history when you listen to it. Here's the single! 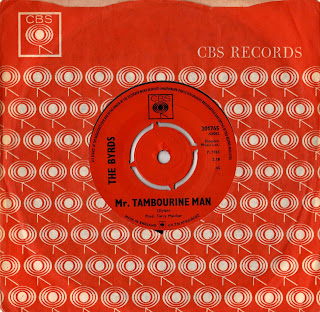 I am really sorry to those of you who followed this blog. I sort of fell out with it, got bored and just out of sorts with myself to continue it. I've still been finding vinyl but just not blogging. I promise that I will start to update it all again!
Posted by A Friend Called 5 at 14:35 No comments:

What a classic rock single to mark my 100th post on my blog. Released in May 1970 and hit number 2 in the charts in June, this well known single from the Paul Rodgers led band hit the top of most of the charts around the world in 1970. The single was taken off the album Fire And Water which was a huge hit too thanks to the single. Free had mixed fortunes over the few years they were together and were formed in 1968 but had split up by 1973 due to personal differences and drug problems. All Right Now has taken on a life of it's own and continues to be played today. The single has various UK & US awards for the amount of radio play it has had since 1970. The song has been featured in various TV shows and adverts and has had it's fair share of cover versions too! It was re-released 1973 when it got to number 15 and again in 1991 when it got to number 8 thanks to a remix. Here's the single on the classic pink Island label 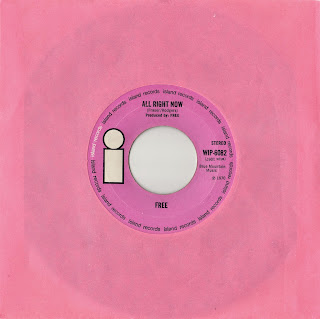 A Friend Called 5
I'm an introvert with an extrovert inside trying to get out (and he does sometimes). I am a shy guy till you get to know me but likes to get to know people. I don't suffer fools gladly and I hate being let down. There's quite a lot to me which I will tell, the more I get into this blog. I have a full time job that pays the bills and I guess I do get some job satisfaction from it, also I have been there for 32 years. I'm pierced and tattooed and aiming towards a Japanese bodysuit, so far I have got my arms sleeved and back is done. I'm into cycling and have 2 bikes so I can either hit the trails or road ride, but really more towards road riding. I'm seriously now getting into fitness and weight training. My heroes are Wallace and Grommit and Kenny Everett and I like a good meat pie to eat!